Monthly Quizzes
We continue to hold  regular monthly quizzes at the Deal Vics Cricket Club. We are extremely grateful to the Club for allowing us to use their premises without charge and also to Robin Parks for all his hard work for setting the questions and acting as quiz master. Mention must be made in particular to the quiz held on 30th April 2015 at which we raised the record amount of £240 PLUS £115 for Nepal. During the following week we received an additional donation of £40 making a total of £155 for the appeal.

In December, Val Miller and Sarah Spong  were guest speakers at the Dover Rotary lunch. The Rotarians kindly donated £100 to Save the Children.
Mrs Spong described the Save the Children response to the emergency in Nepal.  Save the Children has set up a safe play area in Bhaktapur.  This is an area where children can learn, play and try and forget about the world outside that area for a brief time. She reported that children are incredibly resilient and given the appropriate care can recover from even the most extreme trauma. A safe play area allows them that opportunity.  She described how a UK government funded medical team is providing humanitarian aid in the country and that that team is managed by Save the Children.

Liz Evans (president of the Inner Wheel) is shown presenting a cheque to Sarah Spong (Chair) and Gill Hughes (treasurer).

The Disasters Emergency Committee
The Disasters Emergency Committee brings together 13 leading UK aid charities in times of crisis, one of which is Save the Children.  The Disasters Emergency Committee launched an appeal following the devastating earthquake that hit Nepal on 25th April.  Save the Children has been working in Nepal for 30 years focusing on education and health projects.  The charity responded within hours of the earthquake striking the country.  Save the Children’s priorities have been to provide clean water, food as well as tarpaulin for temporary shelter, blankets and baby clothes to protect the most vulnerable new borns from the cold nights.  Contaminated water and poor sanitation can lead to the spread of serious disease. There have been reports of diarrhoeal outbreaks with clean water supplies disrupted.  The picture shows Sarah Spong (left) together with Beth Abercrombie with a collecting tin at Swanstich in Deal. Sarah Spong said ‘I am so grateful to Anita and Beth Abercrombie for their support to Save the Children’. 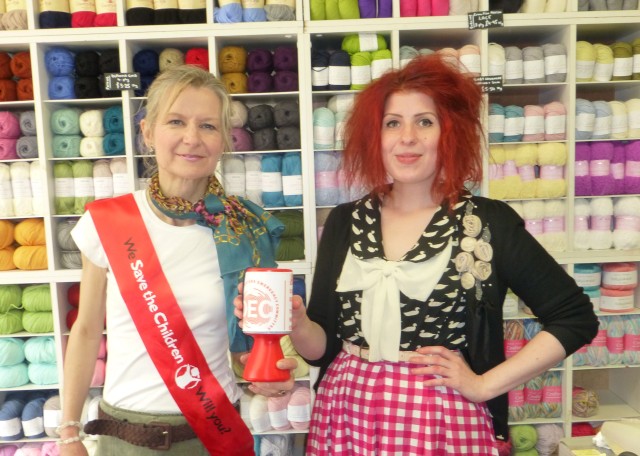 Support by the Sandwich Rotary Club 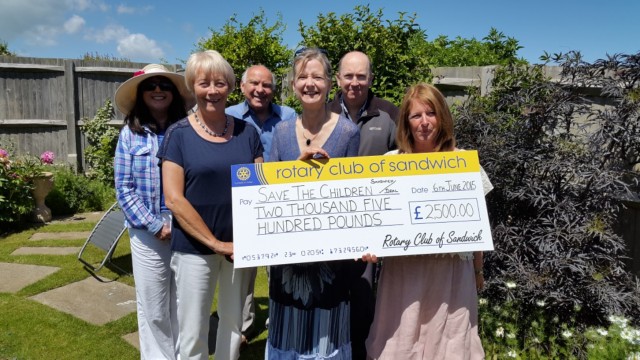 Mr Chris Hart, former president of Rotary Club Sandwich, selected Save the Children Deal as one of his charities for the year 2014/2015. The main two fund-raising events were the annual duck race ( where plastic ducks are released into the river), and also a golf fund raising day at Princes Golf Club Sandwich. We are so grateful to Mr Hart and all the fellow Rotarians for raising such a magnificent sum for Save the Children.’